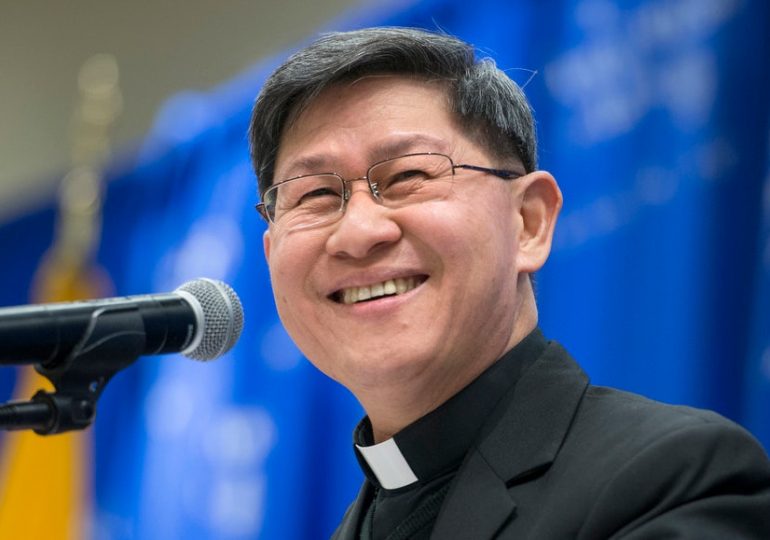 Pope Francis has raised Cardinal Luis Antonio Tagle to the rank of cardinal bishop in a new sign of his esteem for the former Archbishop of Manila.

The elevation caps a rapid rise for Tagle, who only took up his new post in Rome this February.

He had previously served as the 32nd Archbishop of Manila from 2011 to 2020. He was a high-profile figure at the 2018 youth synod. A year later Pope Francis named him head of the powerful Congregation for the Evangelization of Peoples, replacing Cardinal Fernando Filoni.

Tagle has been president of Caritas Internationalis, a confederation of 165 national Catholic relief and development agencies, since 2015.

Members of the College of Cardinals are divided into three orders: cardinal deacons, cardinal priests and cardinal bishops. Cardinal bishops are the highest-ranking.

The Pope named Stella the titular cardinal bishop of the Suburbicarian Church of Porto-Santa Rufina, a title previously held by Cardinal Roger Etchegaray, who died September 4, 2019.

Tagle was not assigned a suburbicarian see. Instead, Pope Francis issued a rescript giving the Filipino cardinal the same status as other cardinal bishops.

Following Tagle and Stella’s appointments, there are now 14 cardinal bishops.

The Pope also named Brazilian Archbishop Ilson de Jesus Montanari, secretary of the Congregation for Bishops, as Vice Camerlengo of the Holy Roman Church on May 1.

The Vice Camerlengo helps the Camerlengo — currently Cardinal Kevin Farrell, Prefect of the Dicastery for Laity, Family, and Life — in his duties, which include formally certifying the death of a reigning pope and administering the Holy See’s temporal goods before the election of a new pope.